Mickey Mouse is a funny animal cartoon character and the official mascot of The Walt Disney Company. He was created by Walt Disney and Ub Iwerks at the Walt Disney Studios in 1928. An anthropomorphic mouse who typically wears red shorts, large yellow shoes, and white gloves, Mickey has become one of the most recognizable cartoon characters in the world.

Mickey first was seen in a single test screening (Plane Crazy). Mickey officially debuted in the short film Steamboat Willie (1928), one of the first sound cartoons. He went on to appear in over 130 films, including The Band Concert (1935), Brave Little Tailor (1938), and Fantasia (1940). Mickey appeared primarily in short films, but also occasionally in feature-length films. Ten of Mickey's cartoons were nominated for the Academy Award for Best Animated Short Film, one of which, Lend a Paw, won the award in 1942. In 1978, Mickey became the first cartoon character to have a star on the Hollywood Walk of Fame.

Shipping:
Shipping and handling is FREE within the 48 continental United States.  An additional fee of $15.00 will apply for delivery to Hawaii, Alaska, Puerto Rico and Canada.  We will be unable to accommodate deliveries to any other international destinations.

Terms and Conditions:
1) Merchandise sales are final upon shipment of goods.
2) Replacement of damaged or defective items will be provided by the supplier of the auction item dependent upon their consented approval.
3) If you must cancel an order prior to shipment, the order is handled as a return and you will be assessed a 15% re-stocking fee. Excessive cancellation may result in the revocation of site privileges.

Price is per item. 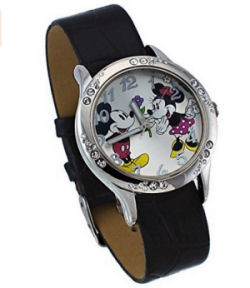